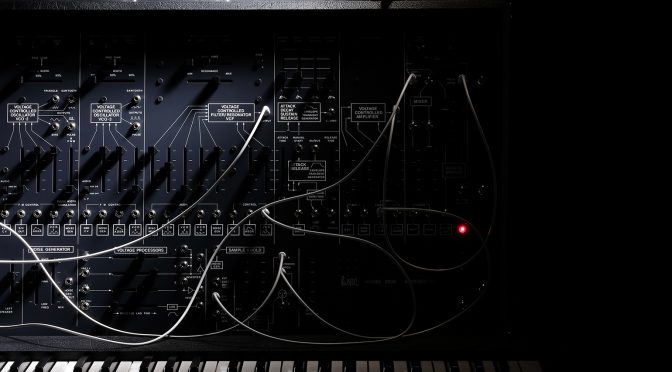 1977 may be the best year for movies of the late 20th century. Here are just a few: Star Wars (episodes names came much later), Annie Hall, Close Encounters of the Third Kind, Saturday Night Fever (the movie that gave us Fran Dresher — yes look it up), Smokey and the Bandit, A Bridge Too Far, The Spy Who loved Me, The Deep, The Exorcist II, Orca (who knew one could be scared by a 70’s movie with Bo Derek), Airport 77; I could go on but you are all bored by now.

Cinematographically speaking 1977 was an embarrassment of riches. I was all of seven years old and the world — at least for me — was much simpler. You rode to the movies in the back of mom’s Ford Country Squire station wagon handed the teenager in the box office 2 dollars and 23 cents — in today’s money adjusted for inflation — and after some previews you were free to be traumatized by Orca. But I digress.

Two of the movies that year seared on my mind the love for synthesizers. Even-thought I was oblivious to it then Close Encounters and Star Wars; in that order; left in my mouth the taste for a sound the did not come from a traditional orchestra; coincidentally both films were brilliantly scored by John Williams. Amazing Williams’ scores notwithstanding it was the 5 notes (yes those) from Close Encounters and R2D2’s voice from Star Wars that I was amazed by. The sounds of the “other,” the non-traditional, the —in the case of Close Encounters— other-worldly sound that I was hooked by.

Ok, I know Star Wars was set in a galaxy far far away and simultaneously in both the future and a long long time ago — it was a western, only in a different desert; trust me Close Encounters was the real deal.

So a movie prop and an anthropomorphized tin can. Yes, yes, yes. The first was the towering ARP2500 and the later was voiced by the transcendent ARP2600, the sensible, portable, and by 70s electronic standards reliable progeny of the larger pin driven 2500. The ARP2500 is a highly influential beast in its own right, deserving its own article. As far as I know the movie used it only as a prop; I don’t care, I was 7 the nascent futurist in me saw the light (spoiler – there are lots of lights in the movie) and I was hooked. The idea that those amazing sounds were coming out of this machine put — for better or worse — on the track that I find myself on.

As I grew older the shine and amazement of Close Encounters and Stars Wars wane — sadly my inner child also grew. So in the past say few years I’ve been trying to recover some of that magic; and how does one go about getting your groove back, you buy some shit! After reading lots of Depeche Mode’s production notes where the ARP 2600 shows in most albums as far back as Speak & Spell and their custom triple 2600 (featured in this Met Museum exhibition) that was used on their later albums like Songs of Faith and Devotion, Exciter, Ultra. All my repressed childhood memories of the sound of Close Encounters and Star Wars came flooding back and added a bit more fuel to a fire that started as a strong curiosity of eurorack synths and my innate need to over complicate everything. Just like that I was in the market for what in fact is one of the most sough-after noisemakers ever made. After much disappointment in the form of eBay auctions — where derelict non-working instruments start around a thousand, and playable ones in any conditions start north of 5 thousand — I came across a tribute project by a dude in Sweden called TTSH. After reading 9813 forum post at Wiggler I decided to go for broke and make the TTSH my first DIY project — did I forget to mention that. I was so ready to jump into the deep end of the pool that I missed the first two editions. Undeterred I put my name on the list for the third revision. I sent some money and now I’m the proud owner of a set of boards and the front panel. Right then — erm — still need to order a boat load of parts and then waive my hands in the air and curse a lot. Stay tuned as I’m planing a build video series solely for the amusement of our readers.

Meanwhile as I was looking the other way…

Korg announced and released and sold out a brand new reproduction of the 2600 called the Korg ARP 2600 FS. Now I hear what you are saying, why didn’t you get one of these brand new units that do not require any fafing about. Well they are three thousand eight hundred dollars; that is many more dollars than I currently own (y’all want to chip in to help the build hit my Patreon ) annnnd such is the pent up demand that they sold out almost as soon as stores stared taking orders.

I don’t know how my 2600 tribute will turn out — if the demand and artificial scarcity of Korg’s version of 2600 holds up — but I’m glad I got one if only to have and to hold.

The ARP2600 was manufactured from 1971 to 1980 and it underwent several revisions some minor, and some major due to legal action due to its use of ladder filters very similar to Robert Moog great sounding design. By and large electronic products in the 1970s were hand made. The size and complexity of ARP2600s meant there were both difficult and time consuming to manufacture and test; making them expensive when new. In its ten year run, approximately 3,000 units were produced. Now they are rare —although not as rare as the bigger ARP 2500— and sought-after so current prices hover at around 10,000 US. The ARP 2600 is the brainchild of Alan R. Perlman whose history you can read about here.

Who has used it and why it is important

In ever spreading aggressive vine that is the modern synthesizer family tree, genesis is bifurcated. The two branches that almost every modern synth (analog or not) can trace their lineage to are: the amazing and still impressive Moog Minimoog D and the evergreen ARP 2600. Is hard to imagine modern music without them. Both have been in use at the top of the game for almost 50 years. There are very few things that can make such a claim. Are there other notable instruments yes